Hello! I have some exciting news – with the undying support of all my followers, I have been able to reach 100 followers! A massive thank you to all those who have accompanied me on my journey so far, and I hope to be introduced to many more like-minded bloggers along the way!

Now, on to yet more good news! I have been nominated by both modest28 and Silver Stone for the Liebster award! Thank you to both of these amazing bloggers! If you have not yet had the chance to check out their blogs, please do – I assure that their posts will prove interesting and enlightening reads. Without much further ado, let’s proceed on to the rules!

and I had the privilege of meeting you.

Facts About Myself (11 for Each Nomination):

In terms of questions for nominees, please choose any 11 of the questions I answered, since the questions provided were thought-provoking and interesting. That’s all for now! I hope you all have a great day, and I hope you are all safe and well.

Rest, weary, upon his handiwork.

Eons of burning the midnight oil –

From dusk till dawn he doth toil.

Yet the tireless labour fails to cease.

Night and day he works away

For the pitiful fruits of his labour.

A leisurely lifestyle my father forewent –

His sacrifice for the kin of his descent.

My legacy is crafted day by day –

Each engraving carves my future

This is the raw beauty: the everlasting love

Inscribed, stroke by stroke, by the crafter’s hands.

Hi everyone! I’m really excited to say that that I’ve been nominated for my second Vincent Ehindero award, by pooja rani. Please take a look at her blog – it is full of interesting insights into her mother country as well as her enlightening opinions, to name a few. Thank you, pooja rani! 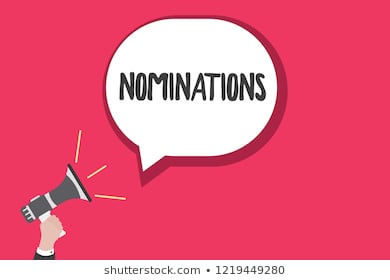 Thank you all, and I hope you are safe and well!

Hello everybody! I have exciting news: I now have 50 followers!

It has been just over a month since I revived my blog. It’s been an amazing journey so far, and I owe this journey to each and every supporter. Whether it be a view, like, comment, or follow, I really appreciate it. Thank you so much, to all of you!

On a side note, please do stay safe and I hope you are all well.

Here’s to many more followers in the future!

Hello everybody. I hope you’re safe and well during these times of unrest.

I was recently nominated for the Vincent Ehindero award by science_girrrrrl! A big thank you for her nomination, and do check out her blog for interesting posts to do with all things science. She is a great and informative blogger who writes with a unique style.

Thank you all, and I hope you are well!

Take me afar where the moon rides nigh

And stars sit on my fingers.

Fly me away from this maddening crowd

To where a smile forever lingers.

A place where wonders never cease,

Where the cosmos kneels to me.

My heart as if fit to burst –

For this is where my soul is free.

Take me away, my charming freer.

I long to be under the navy abyss,

Under many a sparkling star.

I await restlessly for the beckon of day,

To experience my musings divine.

Why so special are these fancies, you ask?

For this ‘reality’ is none but mine.

I recently wrote a poem based on the transatlantic slave trade, which occurred from the 16th to 19th centuries. Since this is such a sensitive issue, I tried my best to capture the emotions of those enslaved in such horrific conditions. This is in honour of the enslaved Africans who suffered unjustly.

Complete with a youthful grin.

His soul is at its peak of joy, with

Pride in his ebony skin.

The sudden boom of an approaching gun

Startles him in his wake.

Whisked away by pale ghostly spirits

He must obey, for his life is at stake.

He is taken at gunshot to a colossal ship

Upon which the torture does begin.

Week upon week of shaming dehumanisation

Shatters his body and soul within.

He is bid to a cotton plantation.

Months of burning the midnight oil.

His ebony skin – once the pride of existence

Has become a symbol of lesser worth.

He longs to be freed from this cycle of life

But he is trapped on this hell upon earth.

I recently went to the ‘Red Shoes’ ballet in the Birmingham Hippodrome, and here is a review I wrote:

On Thursday 13th of February 2020, L4th was thrilled to have the unmissable opportunity to venture to the Birmingham Hippodrome, to watch the famed ‘The Red Shoes’ ballet. Viewing a ballet would be a new experience for many, including myself, so it was with high hopes and effervescent manners that we anticipated the ballet.

The purpose of our trip to the Birmingham Hippodrome was to see for ourselves how music can assist in complementing the style, atmosphere, and mood of dance. This would be fitting with our current ‘Music for Dance’ topic, which we are studying in Music. Experiencing the ballet would help in identifying the features in music for each individual dance.

The music used was particularly effective in that it rose and fell along with the mood and tone of the part being portrayed in the ballet. I can specifically recall the orchestral music playing in a forte, and emotive manner at a point of high tension in the ballet. I liked that the music reflected the ongoings of the ballet, since this assisted in understanding it (especially in parts where the plot was ambiguous).

I was genuinely spellbound post viewing the spectacular choreography used by the dancers, particularly the main characters such as Victoria (Ashley Shaw) and Julian Craster (Dominic North). A feature of the ballet that continues to remain with me is Dominic North’s dance solo, due to its dramatic and thought-provoking choreography. The choreography was perfect in that it was always clean-cut and synchronised.

The designer had effectively put the set and lighting to full use. During the times at which Vicky and the rest of Lermontov’s troop were performing to the onstage ‘audience’, it was completely clear due to the use of the moving curtains. Another standout piece of set was the sliding screens from the wings, as they provided an interesting equipment for the choreography to be based around. The lighting, too, was reflective of the mood of the ballet. For example, in depressing parts of the ballet, the lighting became blue (associated with sadness).

I had a personal appreciation for the costumes since they showed the type of clothing that people of the 1940s would have worn, so the historical context was present. I liked this as it added a more realistic touch to the tale.

If I had to point out a criticism, however, it would be to make the plot clearer. This is due to the fact that there were times at which I was confused at what was going on in the ballet. An addition such as narration may have helped. Despite this, I would undoubtedly recommend ‘The Red Shoes’ to anyone because it was entertaining and the audience was able to empathise with each and every character (since they showed such emotion in their dancing).

Personally, I have learnt that music in ballet can help in building tension and creating atmosphere, which would be a useful addition to any type of emotive dance. Music can be the key to portraying emotions, and helps in the understanding of the ballet.

– (Edited with the assistance of my music teacher.)

Blinding lights of numerous cameras, pining to capture a fragment of your enchanting looks. A cascading dress, accentuated and perfectly complemented by the rouge blush of the red carpet. Fan upon fan, mesmerised at the sight of their idol, hustling and bustling to get that One. Step. Closer…

And you awake from your dream, not nearly ready for the drudgery of your ordinary life. While we may not be fortunate enough to experience the renowned Academy Awards, this dream was a reality for lucky few on the 10th of February (at 1 AM GMT time, no less). The 92nd Academy Awards made history, with the critically-acclaimed Parasite claiming a whopping four Oscars, to funky and flashy outfits stealing the show.

Parasite was one of the show-stopping films of the annual Academy Awards, becoming the first foreign film in Oscars history to receive an award for Best Picture. It was proud to claim Best Original Screenplay, Best International Feature, and Best Director, in addition, with Bong Joon-Ho (director of Parasite) joking, “After winning best international feature I thought I was done for the day and ready to relax.” Brad Pitt made a dig at the US Senate during his acceptance speech for Best Supporting Actor, “They said I have 45 seconds. Which is 45 seconds more than the Senate gave John Bolton this week.” While the crowd found the joke rip-roaringly hilarious, supporters online were quick to respond with disappointment of yet another mention of tedious politics. Meanwhile, Rebel Wilson and James Corden were quick to bring on the laughter with their cat outfits (complete with face-paint) to represent Cats when presenting the award for visual effects.

The Academy Awards have wrapped up for yet another year, with comical jokes and emotive speeches being among the highlights of this year. With such triumphing successes among unexpected winners, who knows what next year’s Academy Awards will present?!

After a much-needed Christmas break, L4K were back in the lab, ready to begin their new topic of food groups! We kick-started 2020 Biology with an experiment – the perfect way to start any term!

Apparatus consisted of four test tubes and a test tube holder, as well as the food groups we were testing and their reagents. First up was starch with the iodine reagent, turning from a fiery orange to a deep blue-black. There was a unanimous gasp as the unexpected colour change occurred, and the fact that starch was present was confirmed. Next, was protein with the biuret reagent, the colour change from a sky-blue to a light lilac hue. The aesthetic shades of the colour change were much appreciated, and were all the confirmation we needed to state that protein was present. Following this was lipids (fats) with ethanol, whereupon the clear/colourless starting state had been transformed to milky/cloudy white. Albeit some confusion at first at the little colour change observed, we proceeded to shake the test tubes vigorously (after which we were rewarded with a lovely bubbling milky mix)! Last but not least, we tested sugars with the benedicts reagent. After the sky-blue benedicts had merely given the sugars a blue-ish tinge, we placed the test tubes in a hot water bath. Our curiosity was wholly satisfied after observing a dramatic colour change from sky-blue to varying shades of brick red, orange, and yellow.

As you can see, our first lesson back was extremely productive, and I can vouch that each and every member from L4K has learnt something new. While getting involved and seeing for ourselves how actual scientists tested for various nutrients was greatly enjoyable, we were happy to apply our new-found knowledge to studying more and more of the food groups topic. With such an interesting experiment to begin with, who knows what the rest of the term will bring?